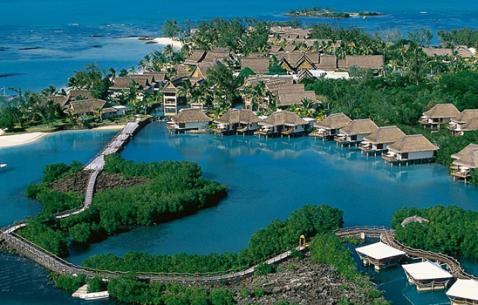 Port Louis is the cosmopolitan capital of Mauritius and is considered to be one of the most sought after exotic getaways in the world. Located at the northwest coast of Mauritius, Port Louis is the economic, cultural and political centre of the country. The city was used as a harbour in the year 1638. It was later converted into the administrative centre of Mauritius under the French Government in the year 1735 by the French governor and pioneer Bertrand-François Mahé de La Bourdonnais. The development in the city took place under the French Colonization era and Port Louis was selected to house both the main harbour and fort for the island. The city again underwent modernization and development in the late 1970’s that has helped the city maintain its importance. Today, Port Louis is a vibrant and an exotic getaway destination, boasting cultural and historical treasures, ancient architecture of basaltic rocks that are the remnants from the French and the British Colonization era, colourful markets, luxury beach resorts, museums, an amphitheatre of mountains, pristine beaches, immaculate landscape, panoramic views of the ocean, excellent cuisine and a plethora of activities to participate in including dolphin and whale sighting tours, wildlife safaris, sightseeing tours, helicopter and sea plane tours, spas and massages, underwater activities, sea water activities and yacht tours. The history, culture, sounds, sites, tastes, traditions and experiences of Mauritius all merge together to offer you an outstandingly unique and mesmerising experience.

Essential travel information and Port Louis tips for your visit

Plan Your Trip To Port Louis

The best tours and activities in the city, guided by experts to give you a local insight to the best of Port Louis