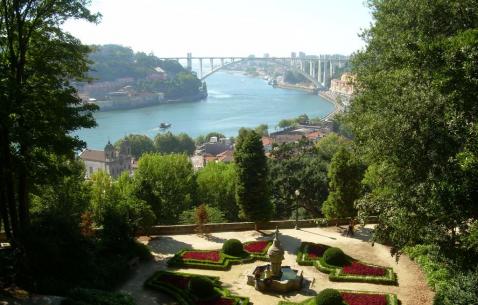 The Beauty of Brazil is magnified with the dreamy destination of Porto Alegre. The river side city is one of Brazil’s most important commercial ports and the capital of Rio Grande do Sul State.

The merged 5 rivers which form the Lagoa dos Patos gives the city a beautiful harbor and romantic riverside boulevards to walk on, while its deep-rooted history makes the whole city nothing less than a time-travel machine.

For football fans, Porto Alegre shines on the world map for hostingthe 2014 FIFA world cup. The city still maintains one of the best collections of football stadiums in the world.

The city was founded in the late 18thcentury and since the early 19th century, immigration of German, Polish, Jewish, and Italian among citizens was commonly seen. This added yet another facet to its rich culture and till today the influence is not easy to ignore.The 19th century Farrapos war against the Portuguese Kingdom gave the city its much needed independence and since then the city is only blooming into a modern hub.

Tourism in Brazil has always been on an all time high, but Porto Alegre offers the best of both worlds- from the modern FIFA world cup experience to the traditional and neoclassical architectural buildings which grace almost every street of the city!

The Downtown Porto Alegre is simply spell-binding while the ever- growing liberal culture of the city (the city take pride in its Gay and Lesbian Population and fights for equal rights), makes it a special encounter for tourists who truly want to see the world growing.

Whether you decide to explore its electric art scene, entertaining music, rich food culture or simply want to take in its history, Port Alegre is a must on your travel itinerary!

Essential travel information and Porto Alegre tips for your visit

Pedestrians should take extra care before crossing the streets since the traffic rules are not followed well.

Plan Your Trip To Porto Alegre

The best tours and activities in the city, guided by experts to give you a local insight to the best of Porto Alegre