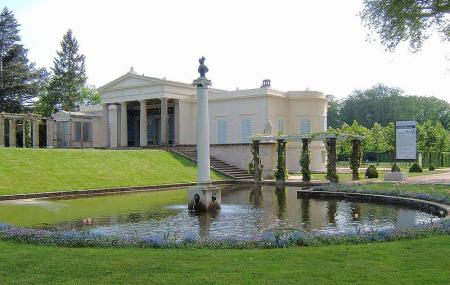 The Charlottenhof Castle was built in the 1820’s and was a summer residence of Crown Prince Frederick William. The traces of the castle date back to the 18th century when the land was allotted to the crown prince.

A tour inside gets you familiar with the lavish lifestyle, unique furnishing and offers a rather lovely peak into the embellishments and colors used around the castle.

For other combo ticket prices, visit the official website.

How to Reach Charlottenhof Palace

Love this? Explore the entire list of places to visit in Potsdam before you plan your trip.

Fancy a good night's sleep after a tiring day? Check out where to stay in Potsdam and book an accommodation of your choice.

People normally club together Filmpark Babelsberg and Grunewald while planning their visit to Charlottenhof Palace.