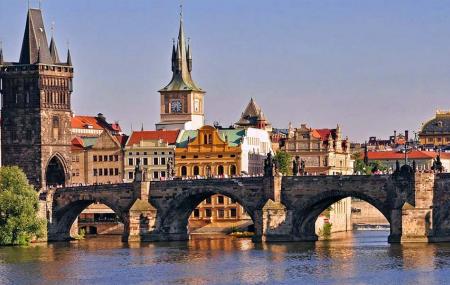 For over 700 years, this bridge was the only means of the river Vlata, making it an important connection between Prague Castle and the city’s Old Town. The bridge has seen quite a few historic events. The head of the leaders of the Hapburg revolt was hung from the old bridge tower in June 1621. During the Thirty Years War with the Swedes, most of the heavy fighting took place on the bridge. Many times in its history, the bridge had been nearly devastated by floods, prompting much restructuring work over the years including in the recent decade. There are over 30 statues on the bridge and each of them is really beautiful and has a story to tell. The bridge was commissioned by King Charles in the year 1357 and has been doing really well ever since.

How to Reach Charles Bridge

Love this? Explore the entire list of places to visit in Prague before you plan your trip.

Fancy a good night's sleep after a tiring day? Check out where to stay in Prague and book an accommodation of your choice.

53.15% of people prefer to travel by car while visiting Charles Bridge

People normally club together Old Jewish Cemetery and Church Of Our Lady Victorious while planning their visit to Charles Bridge.