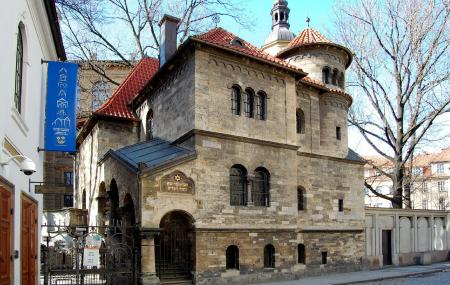 The Jewish Quarter in Prague, known as Josefov, is located between the Vltava River and Old town. Its history dates back to the 13th century, when Jewish people were ordered to vacate their residences and settle down together in this one area.

Over the centuries, lot of Jews arrived from different parts of the world and settled down in this area. To add to this, Jewish were banned from all other areas in the city. The inhabitants of the Jewish Quarter (also known as Jewish Ghetto) as it also came to be known, were forced to take up some structural changes. The last set of changes occurred between the year 1893-1913, when most houses were flattened and the layout of many of the streets was remodeled.

Luckily, for us- most of the buildings of significance remained intact and are a proof of the life Jews spent in that era. Together, they form the best preserved complex of historical Jewish monuments in the whole of Europe.

There are six synagogues, which include the famous Spanish Synagogue and Old-New Synagogue, plus the Jewish Ceremonial Hall as well as the Old Jewish Cemetery, which is one of its kind in the whole of Europe.

How to Reach Josefov

Love this? Explore the entire list of places to visit in Prague before you plan your trip.

Fancy a good night's sleep after a tiring day? Check out where to stay in Prague and book an accommodation of your choice.

95% of people prefer to travel by car while visiting Josefov

People normally club together Church Of St Castulus and Old Jewish Cemetery while planning their visit to Josefov.

People also prefer to start their day with Josefov.