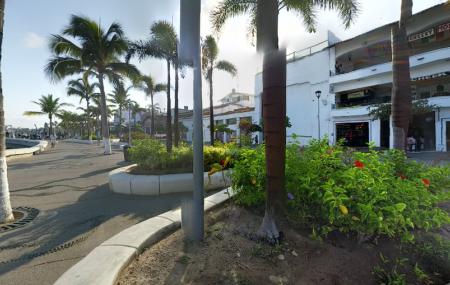 It's funny this place is called a boardwalk - there are no boards! But "Malecon" means "esplanade along a waterfront" in Spanish, and that describes this place very well. Always alive and bustling, it's said this seaside stroll alone is enough to fully immerse you in the city's vibe. A series of startling bronze statues and elegant palm trees mark the 800 metre pedestrian walk. Interspersed in between are shops, bars, night-clubs, art galleries boutiques, and restaurants. Artists and performers all set up their own spaces. Beachside eateries serve up cheap treats - margaritas and fried shrimps. Hawkers sell all manner of junk. At night, the boardwalk is the heart of the city's nightlife, usually after 10 or 11pm. Cobblestone streets leading away from the boardwalk ascend into the city's historic district. And at sunrise and sunset, there is no better place in the city to be.

How to Reach Malecon

Love this? Explore the entire list of places to visit in Puerto Vallarta before you plan your trip.

Fancy a good night's sleep after a tiring day? Check out where to stay in Puerto Vallarta and book an accommodation of your choice.

72.22% of people prefer to travel by car while visiting Malecon

People normally club together Caballito Del Mar and The Church Of Our Lady Of Guadalupe while planning their visit to Malecon.

People also prefer to start their day with Malecon.