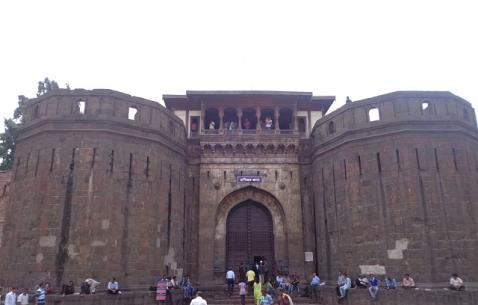 Called the cultural capital of Maharashtra and the queen of Deccan, Pune is a modern traveller’s delight. Known for its offbeat crowd and vibrant atmosphere, this city is every college student’s favourite abode. It houses the Marathi literature industry and has a rich reading culture. It is also known for its glorious history, its magnificent old structures and utterly delicious food culture. If you are looking for a city in India crowded with energetic, young dreamers from all over the world, you know where to head!

Pune is the 7th largest city in the country and the second-largest city in the State of Maharashtra. It is rapidly growing and is well recognized all over the world for its contribution through industrial and research institutes. After Banglore, Pune is another city where the Information Technology industry is attracting professionals from the field.

History is a subject Punekars are very fond of and it seems that it is also fond of the city. In 1640 AD, History changed its course and Shivaji gave the Marathas their own kingdom. He became the first Maratha Chattrapati (crowned king). Although the capital of the Maratha kingdom shifted to Raigad, Pune still remained an important post. Pune developed as an urban settlement during this time. The city became the centre of power again when Bajirao I became the Peshwa of the Maratha empire. He constructed the Shaniwarwada, which is the most famous landmark of Pune. The Peshwas ruled the country with Pune as their capital and remained thus until the Third Anglo-Maratha War in 1817.

Today, Pune is home to the National Defence Academy and serves as the headquarters of the Southern Command of the Army. It is home to interesting museums, approximately 250 heritage buildings and huge libraries. Equipped with dozens of modern malls, amazing traditional and international cuisine, Pune is a liberal city that embraces everybody – and Pune sightseeing isn’t limited to the city – there’s plenty of places within a few hours ride that are must-visits.

It has a bustling, colourful nightlife and you can always pounce on one of the concerts by famous as well as budding artists in one of the clubs! Whether you are a crazy party animal or silent intellectual type, you’ll definitely find your own crowd in this lovely city, or even in the places around Pune!

Essential travel information and Pune tips for your visit

Plan Your Trip To pune

The best tours and activities in the city, guided by experts to give you a local insight to the best of Pune