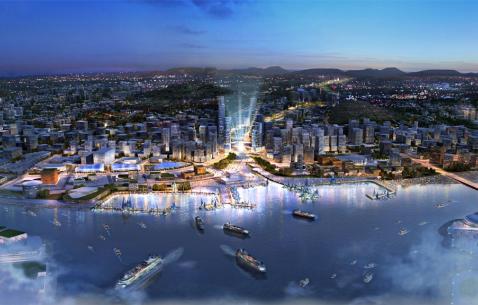 Located in the Shandong province, Qingdao is a sub-provincial level city in the east-coast of China. Overlooking the Yellow sea from the Shandong Peninsula, the city is a renowned sea port and a naval base of the country. Qingdao is home to Jiaozhou Bay Bridge, the world’s longest over-water bridge as well as the Tsingtao brewery, which is said to be the second largest brewery of China. The city is also one of the major industrial hub and tourism centres in the country. With its pleasant climate, lush gardens, pretty inlets off the coast, and many other attractive features, Qingdao finds a place on many itinerary planners.

The history of Qingdao is more than 6000 years old. The people of Dongyi nation first lived here, creating the Dongyeshi, Dawenkou and Longshancultures. It was also the birthplace of Eastern Zhou Dynasty. The fortifications in the region were seized by Germans during the colonization period, who laid foundations for the Germania brewery which is now the world famous Tsingtao brewery. After British navy attacked the German colony in 1914, Tsingtao was occupied by the Japanese forces. From 1891, the development of the region took place, starting with improvements to the naval base, planning and urbanization of Qingdao. The city now serves as the headquarters of the country’s Northern Fleet.

Qingdao’s itineraries include a beautiful seascape, number of parks, sculptures, crimson reefs and golden sand beaches that mesmerize you at the first sight. There are hundreds of places to visit scattered around the different districts of the city. These may be of historical, architectural or natural significance. The tourist information centre can provide maps and other relevant travel info about the city if you are interested.

European and Oriental styles are the major influences on Qingdao’s architecture. As you walk along the streets or drive through the city’s boulevards, you come across peculiar buildings blended in both German and Chinese styles. In addition, the city also retains its age-old traditional facades built during the German Colonization period. This unique amalgam of architectures gained Qingdao the nicknames of Oriental Switzerland and Asian Geneva.

While in Qingdao, be sure to relax at one of their sandy beaches and nibble on the sumptuous Lu Cai cuisine along with their famous beer. Also, make time and head towards one of their sports centres and indulge yourself in some fun sports and other activities to do. So, without further ado, add Qingdao to your trip planners and visit the beautiful city on your next holiday.