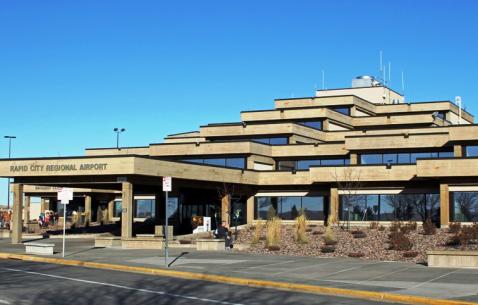 Rapid City is South Dakota’s second largest city and is named after Rapid Creek, on which the city was established, with the eastern slope of the Black Hills in the backdrop. Some of its popular names are “Gateway to the Black Hills” and the “City of Presidents”. The latter because of the many life sized bronze statues of former presidents along the streets and sidewalks of the city.

The founding of the city can be traced back to the discovery of gold in 1874 in the regions of South Dakota. The city was then established in 1876 and was visualized and promoted as the “Gateway to the Black Hills”. Soon by 1900, the city became an important regional trade center and supplier to miners. It was realized that tourism plays a very important role in strengthening the economy and thus gradually the city was built to be a hotspot for visitors. Because of the close proximity of Rapid City to Mount Rushmore National Memorial, there was further national interest, and soon the construction of various military and air force bases also improved the infrastructure of the city.

Now days, Rapid City is extremely famous for some of its attractions like the Bear Country USA, Reptile Gardens, various museums, dinosaur park, amusement parks, art centers and beautiful & mesmerizing natural wildlife habitats. One can experience the wonders of shopping local handcrafted articles or the latest in vogue fashion accessories at Downtown Rapid City, have a blast at the various night clubs and pubs in the city or just drive out to the wilderness and spend some peaceful moments lost in the beauty and enchanting serenity of Mother Nature.

Rapid City makes up for a perfect retreat with your friends and family and gives an assortment of exciting treats to see and do both. Today it has taken up the crown for being South Dakota’s main city for tourism and recreation. Spending a few days here is the most ideal stress buster out there and is sure to calm down those jangling nerves.

Essential travel information and Rapid City tips for your visit

Plan Your Trip To Rapid City

The best tours and activities in the city, guided by experts to give you a local insight to the best of Rapid City