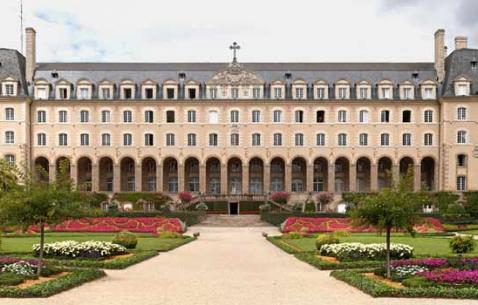 Situated at the confluence of the Rivers Ille and Vilaine, Rennes is the capital of Brittany and Ille-et-Vilaine department in North-western France. The city is a thriving industrial centre, concentrating on automotive manufacturing, telecommunications and technology. In the last few years, Rennes has been emphasizing on tourism development.

Rennes has a history of more than 2000 years. It was first known as a small Gaelic village called Condate. It was occupied by the Romans before becoming a part of the Duchy of Brittany along with the cities like Nantes and Vannes. It was made the capital of Duchy prior to getting merged into the Kingdom of France. Rennes suffered heavy damage during the World War II.

The itineraries of Rennes are filled with numerous concert halls, museums and exhibition palaces. The city is also home to many historical places to visit including the ruins and ramparts built between the 3rd to 12th centuries

With two universities and many other academic institutions, the city caters to a large student population who constitute more than 1/4th of its inhabitants. The city is home to several professional sports teams including Stade Rennais Football Club, Cesson-Rennes-Metropole handball and Bretagne-Séché Environnement, a professional cycling team.

While you are vacationing at Rennes, do not forget to experience its throbbing nightlife with a number of bustling local bars and cafés. Further, make note in your trip planners to visit the famous Marche  des Lices, a weekly market where the culinary specialties of Brittany are sold every Saturday.

Plan Your Trip To Rennes

The best tours and activities in the city, guided by experts to give you a local insight to the best of Rennes