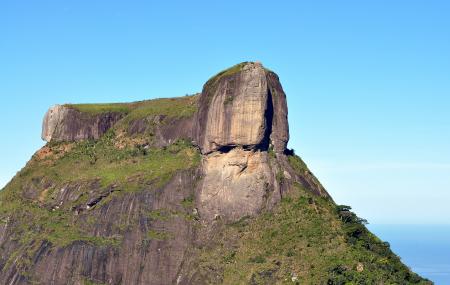 Pedra Bonita literally means “beautiful rock”. This beautiful mountain offers stunning views from the height of 2,283 feet. The top of the mountain is formed like “table” and is flat making it and ideal place for hang gliding. The only way to get here is by hiking and the trail is considered fairly easy for experienced hikers. Several tour companies organise hikes to the summit as well as hang gliding experiences. The path leading to the mountain ventures through the forest and gives visitors a chance to glimpse at some natural flora and wildlife. This is definitely an off the beaten path attraction and a real delight for those interested in some adventure.

Love this? Explore the entire list of places to visit in Rio De Janeiro before you plan your trip.

Fancy a good night's sleep after a tiring day? Check out where to stay in Rio De Janeiro and book an accommodation of your choice.