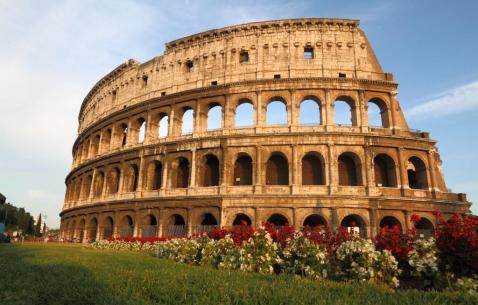 "All Roads lead to Rome"

The ethereal place that has been magnetising the world since centuries, Rome never fails to amaze! The capital city of Italy, Rome is more than just a city; it's an experience! As you travel through its ancient streets and soak in the culture, you realise what's so special about it! It sits on the Tiber River in the Lazio region, and is the country’s largest and most populous city. The history of Rome spans fascinating two and a half thousand years and has left an imprint on many a modern day culture. The Roman Empire dominated the whole of Western Europe and the Mediterranean including North Africa for more than seven hundred years from the 1st century BC until the 7th century AD. Rome’s Vatican City is the most important site for Catholics all over the world and the city has been home to the Pope since the 1st century AD.

With an existence on the world history for last 2800 years, Rome is dotted with iconic structures that will stun you! No wonder why, the city centre of Rome is a UNESCO world heritage site. Food is also an important aspect that you have to explore when in Rome. The delightful pallet of Italian flavours is more than just food, it’s a luxury! Each one of you should take a Rome tour at least once and experience all that it has to offer.

Essential travel information and Rome tips for your visit

Off the Beaten Track experiences in Rome

Plan Your Trip To Rome

The best tours and activities in the city, guided by experts to give you a local insight to the best of Rome