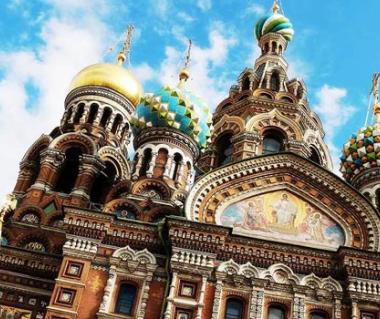 Plan Your Trip To Russia

Places to visit in Russia

Gorgeous Russia beckons! The vast, varied and wonderful land of Russia is a wonderland of unexplored touristic destinations. Surely, everyone knows of Moscow and St. Petersburg but there is a lot more to the country that is left to explore.

Russia has a long history and when it comes to its culture there is a lot to be mentioned. Its unique brand of music and dance, its stunning art, its intriguing thinkers and its renowned literature all make it a culturally rich land that has a lot to offer.

Perhaps the most intriguing part about Russia is its amazing architecture. The amazing mix of styles, colors, and texture have given a very distinct look to Russian Architecture.  Renaissance architecture is the most colorful and fairytale-like. The Kremlin in Moscow is the biggest example of it but you will be able to see some really eclectic buildings all over the country.

Russia has a remarkable old-worldly charm. Not only has the country been home to civilization for a really long time but it also possesses a very rich and old tradition. The archeological sites are evidence of this. When you go to a few places in Russia you might actually get the feeling that you are living in the past.  The country is certainly a treat for history lovers.

The country is undoubtedly beautiful; often nestled in snow and otherwise completely sun-soaked. There is a lot of untouched forest in Russia too. Nature’s bounty has definitely been generous on them. Besides the nature, the culture, the art and the music provide several more amazing tourist destinations. As a result of all this, Russia has become  an intriguing travel destination.

Getting in and Around Russia

Places to visit in Russia