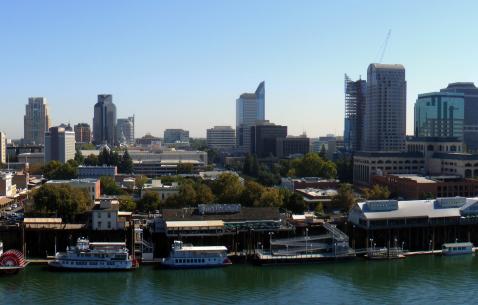 The city of Sacramento is the sixth-largest and capital city of the state of California. It was originally named after the Sacramento River which flows across its western border. Sacramento is a massive metropolitan area with people of all cultures and beliefs having made the city their home since ages. For this very reason Sacramento was called “America’s Most Diverse City”, which shows the unity and perseverance of the people and their will to work together no matter what the odds.

Sacramento basically rose to prominence during the period of California Gold Rush, when the city became a major hub for distribution, agriculture and a commercial center in general. Swiss immigrant John Sutter, Sr. and James W. Marshall were responsible for the initial establishment of the city and the presence of the Sutter’s Fort further helped in its safe and rapid growth. Since its inception, Sacramento saw good connectivity and trade because of the presence of a terminus for wagon trains, Pony Express, the telegraph system and the First Transcontinental Railroad.

In the modern era, the city of Sacramento has seen an explosion of sorts in terms of growth and sheer size. Though the main source of employment in the city is the state government, there are also a number of private institutions that are based in the city. The huge population growth is also mainly because of the very pleasant weather Sacramento sees throughout the year. For its incredible water sports, close accessibility to the coast and innumerable attractions to be seen a number of youth and families flock to the Diverse City every year, round the year.

For a tourist there are literally tons of things to do in Sacramento, right from catching a sight of the various historical buildings, museums, gorging on tasty delights at the various restaurants, supporting the hugely popular Sacramento Kings of the NBA, and just strolling through the city, soaking in the feel and infinite possibilities that Sacramento has to provide to a fun-loving, adventurous tourist. One can’t just resist the charms of the city and the hospitality of the friendly locals is a fact well known. Compared to other metropolitans, Sacramento is slow paced and laid back, which helps one get away from the usual hustle-bustle of a big city. A visit to Sacramento is sure to make you fall in love with the city. Perhaps forever!

Essential travel information and Sacramento tips for your visit

Plan Your Trip To Sacramento

The best tours and activities in the city, guided by experts to give you a local insight to the best of Sacramento