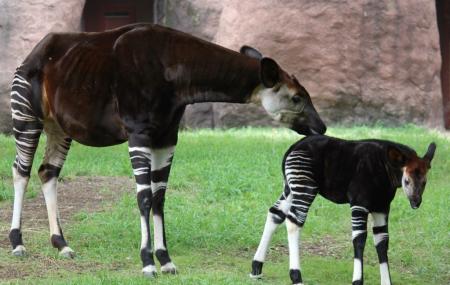 Upon the earth, live five known kingdoms, each kingdom with its own special creatures and lifestyles. Our kingdom, the realm of animals, is the most visible upon the shared lands of our planet, as well as the most varied. Scientists say there are almost 10 million different species of animals on the planet besides us human beings. The need to respect and preserve the earth and all its creatures is at its greatest today, and the Saint Louis Zoo is a thriving institution that aims to fulfill this need.

With 6 ‘Zoo Zones’, home to hundreds, the zoo aims to learn about the kingdom of animals and spread the information, as well as preserve the animal heritage of Saint Louis. Founded in 1910, the zoo has become an international leader in animal research and conservation, while maintaining a happy and vibrant atmosphere for both animals and visitors.

Upon entering, you can choose to walk through the large zoo and visit the animals in their enclosures, or take the Zooline Railroad which will take you one and a half miles through the area. You’ll be bombarded with sights and sounds as you familiarize yourself with the gentle animals that live within each specially designed area.

How to Reach Saint Louis Zoo

Love this? Explore the entire list of places to visit in Saint Louis before you plan your trip.

Fancy a good night's sleep after a tiring day? Check out where to stay in Saint Louis and book an accommodation of your choice.