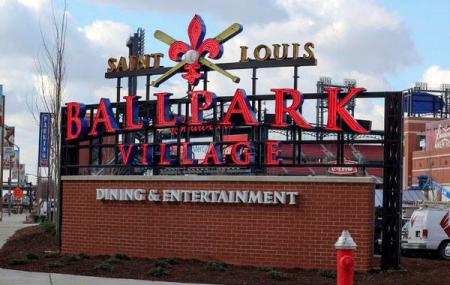 In America, no sport incites the kind of fervent passion, nostalgia and community spirit the way baseball does. Right from the sports teams to the stadium food, every single part of the game has become almost synonymous with the American way of life and nothing represents this love for the sport better than the 10 acre site of the St. Louis Ballpark Village.

Formed in place of the old Busch Memorial stadium, the Ballpark Village is a developing district that combines retail outlets, entertainment and residential blocks. Just adjacent to the new Busch Stadium, the district aims to create an exciting atmosphere, reminiscent of the energy of the game day experience and is themed around Saint Louis own team, the Cardinals. Spanning seven city blocks, the Ballpark village is home to numerous Cardinal themed restaurants, a Cardinal Hall of Fame Museum and a public events space. There’s also a huge Jumbotron that broadcasts the game, ensuring visibility from anywhere in the Village.

Love this? Explore the entire list of places to visit in Saint Louis before you plan your trip.

Fancy a good night's sleep after a tiring day? Check out where to stay in Saint Louis and book an accommodation of your choice.

50% of people prefer to travel by car while visiting St. Louis Ballpark Village