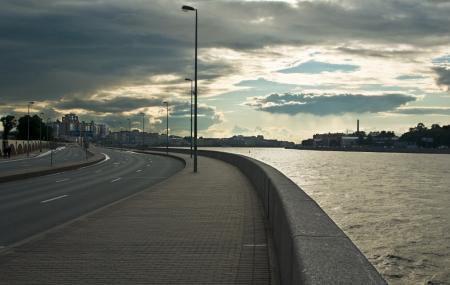 Neva is one of the largest rivers in Europe in terms of Volume. The river gives St. Petersburg a romantic, medieval feeling, making the whole city a network of canals with over 300 bridges. Founded in the 18th century, St Petersburg was to be regarded as the ''Venice of the North''. There are various embankments along th river like the Admiralty embankment, the English embankment known for its fashionable shops and the Palace embankment that is flanked by the glorious Winter Palace and Hermitage museum. The embankments give great photo opportunities for lovers, as a beautiful skyline overlooks the infinity of the river.

A cruise on this historic river gives tourists a perspective of the various landmarks of the city. The hour long cruise passes places like the historic ''Aurora'' battleship with its imposing gun placements and Russo-Japanese war history, spiral churches, the Admiralty, soviet-era buildings like the Smolny Cathedral and lush green spaces like the Summer Garden. If you are lucky, you can even witness the opening of one of the many bridges on the river.

How to Reach Neva Embankments And Neva River Cruise

Love this? Explore the entire list of places to visit in Saint Petersburg before you plan your trip.

Fancy a good night's sleep after a tiring day? Check out where to stay in Saint Petersburg and book an accommodation of your choice.

People normally club together Palace Square and Church Of The Savior On Blood while planning their visit to Neva Embankments And Neva River Cruise.