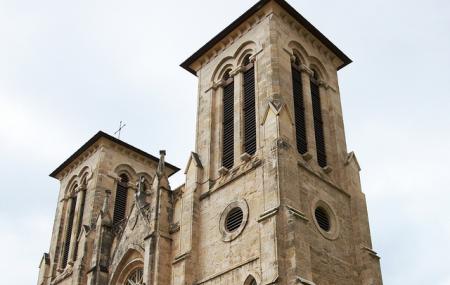 This cathedral is at the heart of the Catholic religion in San Antonio. It was completed in 1750 and is the oldest standing Roman Catholic cathedral in the USA. It’s been functioning continuously as a church and the seat of the archdiocese since it’s founding, that's why it’s history is very closely tied with that of San Antonio.

It was here that Jim Bowie was married and it was here that General Santa Anna hoisted a red flag in February 1836, signalling that no quarter was to be given to the defenders of the Alamo – and thus beginning the siege. Items of importance to note are the Station of the Cross, the stained glass windows, the influence of the emigrants from the Canary Islands who first built this place in the picture of the Virgin of Candelaria, and the burial tomb of Davy Crockett, W.B. Travis and Jim Bowie. It’s also the only church in Texas ever visited by a Pope. The cathedral plays an important role in religious festivities even today including the Fiesta Week and the staging of the Good Friday Passion Play.

How to Reach San Fernando Cathedral

Love this? Explore the entire list of places to visit in San Antonio before you plan your trip.

Fancy a good night's sleep after a tiring day? Check out where to stay in San Antonio and book an accommodation of your choice.

60.19% of people prefer to travel by car while visiting San Fernando Cathedral

People normally club together The Alamo and Majestic Theatre while planning their visit to San Fernando Cathedral.