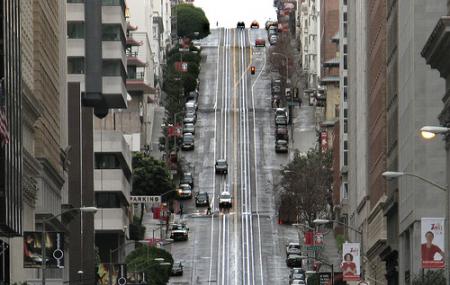 The place is really for the nobs (a disparaging British term for the noble, aristocratic and rich). The air of exclusivity in this neighbourhood is absolute, right from its Victorian houses and trendy boutiques to the Gothic Cathedral. Serene and picturesque, the hill was one of San Francisco’s Original Seven. It tends to liven up at night, thanks to the many excellent restaurants and nightclubs and bar, especially on Polk Street.

How to Reach Nob Hill

Love this? Explore the entire list of places to visit in San Francisco before you plan your trip.

Fancy a good night's sleep after a tiring day? Check out where to stay in San Francisco and book an accommodation of your choice.

People normally club together Washington Square and Bay Bridge while planning their visit to Nob Hill.