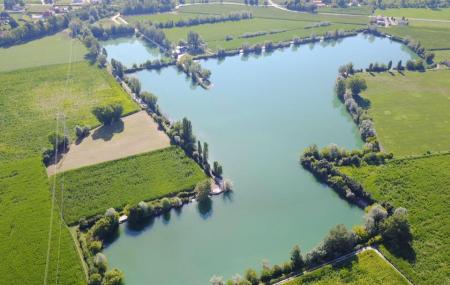 If you want a relaxing holiday, great variety of fish, a place which is far from hustles and bustles of the city, Parco Del Brenta is a right place. If you want to spend a holiday in a water body and catching a few fish then Parco Del Brenta is your destination there is nothing more scenic and beautiful and relaxing then Parco Del Brenta. It has an artificial lake, up to 9 m deep, right in the middle of the splendid scenery and the Brenta Mountains. The lake is constantly fed by a spring in the lake with fresh water from the nearby Brenta River. As a result, water often has a turquoise-like color. Parco Del Brenta is a pay lake. They are commercially operated, you have to pay for a place and in most cases you can even fish your dream fish. I highly recommend Parco Del Brenta as all the tacks are left standing and left for Venezia. If it’s your birthday, party, or wedding photo shoot or your honeymoon.

More about San Giorgio In Brenta

To personalise your visit to the city, you can use an all-inclusive San Giorgio In Brenta trip planner for the same that will give detailed information about visiting the city.

Add accommodation and hotels in San Giorgio In Brenta that suit your budget including the most recommended ones like Hotel Scaldaferro, Rometta Hotel and Hotel Locanda Al Sole.

How to Reach Parco Del Brenta

Love this? Explore the entire list of places to visit in San Giorgio In Brenta before you plan your trip.

Fancy a good night's sleep after a tiring day? Check out where to stay in San Giorgio In Brenta and book an accommodation of your choice.