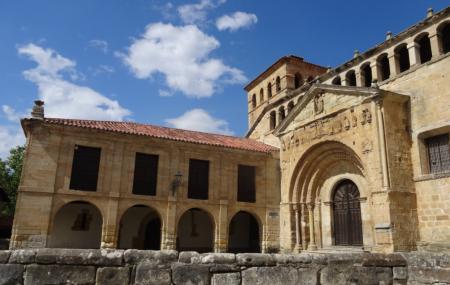 Built by the monks in 12th century, this Romanesque Church dates back to 870 AD.A monastery turned into collegiate church, this place is said to be the home to the remains of Santa Juliana.

The temple, which is the largest in all of the Cantabrian coast, consists of three naves, three semi-circular apses built in the style of Fromista, a dome, transept and tower. While the apses and the transept preserve their original tunnel-vaulted ceilings, the doorway, capitals and cloister and decorated in a sculptural manner. The silver embossed altar and the state-of-the-art altarpiece by an artist from Burgos has history dating back to the 16th century. Eventually, a Late-Gothic predelle, with a Santa Juliana’s baroque statue placed between two Solomonic columns. Highlights and Must-see sights involve.

Love this? Explore the entire list of places to visit in Santillana Del Mar before you plan your trip.

Fancy a good night's sleep after a tiring day? Check out where to stay in Santillana Del Mar and book an accommodation of your choice.

94.12% of people prefer to travel by car while visiting Collegiate Church Of Santillana Del Mar