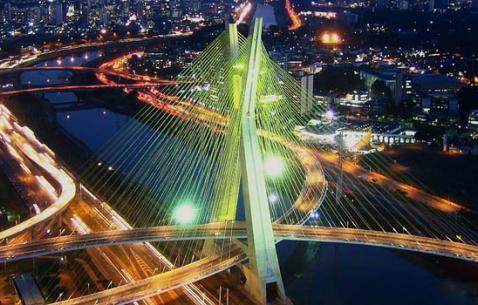 Not only is Sao Paulo the biggest city in Brazil, it’s the biggest in all of South America. A 500 year old city identified by its sky-high buildings, beautiful beaches and every form of cuisine that exists served, one visit is not enough to fathom the aspects of Sao Paulo.

During your interaction with the local folk, you’ll come across frequent complaining about the living conditions, but at the same time hear them speak about why they love Sao Paula and how they could never come to leave it. Keep this paradox in mind when you explore the city and you might begin to identify with what you’ve heard.

Yes, the city’s traffic is abominable and safety is still an issue, but when you see the magnificence of the churches and the pride the museums reflect in preserving and protecting their culture and heritage, the trivial matter of life start to fade away. One thing you must remember though, each of Brazil’s city is unique in itself. Don’t get down to the brass-tacks and form a comparison. Enjoy the city in both its individuality and entirety.