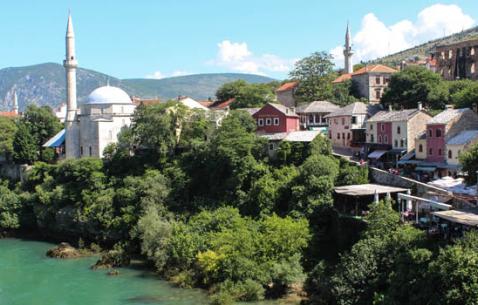 The city is at once representative of all that was good about Sarajevo, and all that was tragic about it. It one of Europe’s most culturally diverse cities; embracing Orthodoxy, Catholicsm, Judaism and Islam; showcasing a spirit that’s at once Asian and European. The Ottoman Empire brought it to greatness and has left a massive heritage, and the following Austro-Hungarian Empire was not too far behind. The city has always been politically important too, but it will always be remembered as the place where the First World War officially kicked off. It thrived industrially under Yugoslav rule for a while, but the Bosnian Civil War in the 90s wrought incredible destruction on it. Despite the unrest and resilient as ever, the city continues to develop at a frantic pace.

Essential travel information and Sarajevo tips for your visit

Plan Your Trip To Sarajevo

The best tours and activities in the city, guided by experts to give you a local insight to the best of Sarajevo