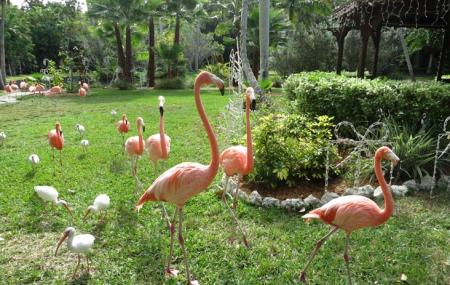 This garden has been serving as a favorite of people from all parts of the world for quite a few decades. The garden and park is in the main sphere of the city and is often considered as the best local park over here. Apart from just being known as a traditional and old fashioned botanical park, it is also known to put up lovely shows for people of all ages.

This family destination that we can see now was once declared as an impenetrable banana swamp. This was bought by a local newspaperman who wanted to give it the structure of a botanical garden and thus the work started. The park was at last finished in 1936 and then officially inaugurated in 1940 to what we can see now. The park was then sold to the Allyn Family that still remains the owners of this estate.

The garden has a variety of local as well as other exotic plants and shrubs among which the most popular is the Australian nut tree called the Bunya-Bunya. The garden also boasts of the largest Norfolk pine in the world and others such as bulrush, figs, royal palm, selloums, bananas, Peruvian apple cactus, staghorn, oaks, maples, ferns, cypress, etc.

There are shows held here throughout the year and the most watched is the ‘Punch and Judy Show” that is performed by Professor DeWitt. Many children oriented shows are also held here especially during the summer months.

How to Reach Sarasota Jungle Garden

Love this? Explore the entire list of places to visit in Sarasota before you plan your trip.

Fancy a good night's sleep after a tiring day? Check out where to stay in Sarasota and book an accommodation of your choice.