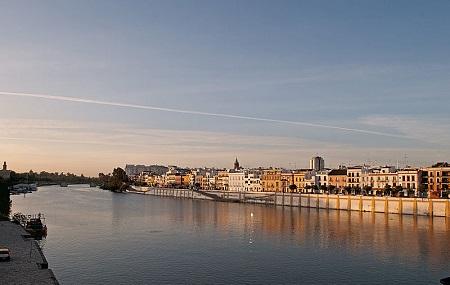 As far as the trianeros are concerned, they are a different people than the people of Seville. Descended of gypsies, historically kept outside of the main city of Seville, they have given Triana a character that is very distinct from Seville, a mix of Roman and Moorish and Christian. They are mad about flamenco, have a thriving ceramics and tile industry, celebrate their own festivals with pomp and splendour. The highlights of the district are:

How to Reach Triana

Love this? Explore the entire list of places to visit in Seville before you plan your trip.

Fancy a good night's sleep after a tiring day? Check out where to stay in Seville and book an accommodation of your choice.

85.94% of people prefer to travel by car while visiting Triana