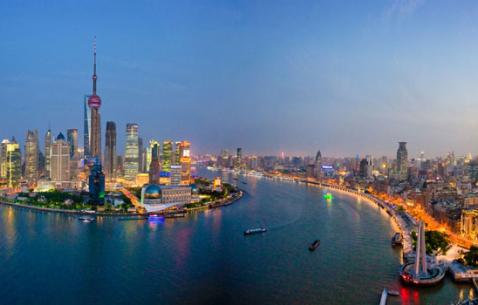 Often abbreviated as Hu or Shen in the traditional Chinese slang, Shanghai is one of the most popular cities in China and is also the second most populous city in the country with a population of over 24 million people as of 2015. Located on the estuary of the Yangtze River, Shanghai is a popular tourist destination in China and attracts visitors from all over the world. It further serves as a hub for global, economic, financial, and cultural exchanges in the East Asia.

What makes Shanghai a popular destination is its ability to retain the cultural and the traditional essence of its colonial past even after so many years of modernization resulting in a perfect blend of the traditional and the modern influences. A combination of the Western and the Chinese customs together form the base for the excellent culture of Shanghai. Visit this pulsating, prosperous, and historic city of Shanghai which is also called the 'Paris of the East' to relive the nostalgic days of the classical Chinese era.

International travelers traveling to Shanghai have an advantage. There is a 144-hour visa-free travel transit that is available for passengers from 51 different countries which allows the visitors from these countries to transit within the regions of Shanghai, Jiangsu and Zhejiang without a visa for a maximum of 144 hours.

From gorgeous night scenes to sky-high buildings to spectacular neon lights to oriental spots, there is a wide array of attractions and things to do in Shanghai. Take a stroll across the waterfront area of The Bund to watch the ships drift along the waters and admire the architectural beauty of the buildings that decorate the area. Unleash your love for shopping in Nanjing Road which is considered as one of the busiest shopping streets not just in Shanghai but in the whole world and soak in every ounce of Shanghai by exploring the city to its fullest.

Essential travel information and Shanghai tips for your visit

Plan Your Trip To Shanghai

The best tours and activities in the city, guided by experts to give you a local insight to the best of Shanghai