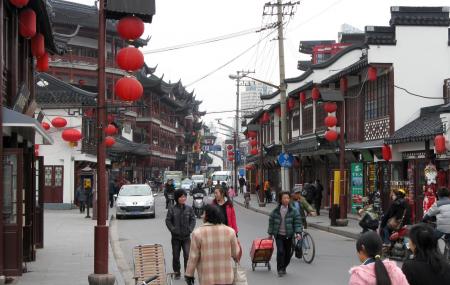 The ancient history of China can be witnessed in all its glory in the Old City of Shanghai. This part of the city has its roots in archaic Chinese history and is the oldest part of the city. Even to this day, the circular shape of the original Old City is maintained. Although much of the walls that circumvented the Old City have been brought down or degraded over time, the broad circular avenues still maintain the original circular shape of the area.

The original walls of the city date back to the 11th century and were constructed as a means of defense and fortifications. Those parts of the wall that do remain to this day were mostly constructed in 1554 with three water gates and six gates. The main aim of these walls was to ward off attacks by pirates.

The Old City area today tries to maintain its ancient charm with its narrow and winding alleyways, traditional houses and buildings and authentic local street food and shops. But, signs of modernization are slowly becoming visible in this area because of the gradually encroaching high-rises that are being built in the area. One particular suggestion is to visit the night market in Guangqi street when in this area.

How to Reach Shanghai Old Street

Love this? Explore the entire list of places to visit in Shanghai before you plan your trip.

Fancy a good night's sleep after a tiring day? Check out where to stay in Shanghai and book an accommodation of your choice.

90.74% of people prefer to travel by car while visiting Shanghai Old Street