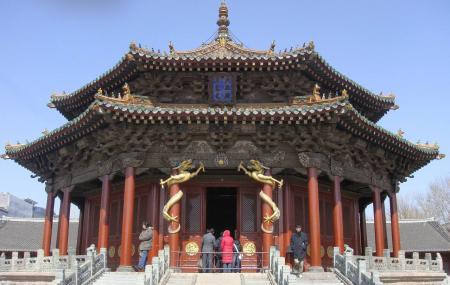 The Shenyang Imperial Palace served as the fourth royal base for the Qing Dynasty. The palace serves as a museum palace now since 1955. Included in the UNESCO’s World Heritage List in 2004, the city’s Imperial Palace represents the Golden Era of Chinese royalty.

The only existing palace built to mimic the Forbidden City, Shenyang Imperial Palace covers a massive ground area of 60,000 square metres. It was built in ethnic Han-styled layout and architecture. It is greatly influenced by the Mongol, Manchu, Tibetan and Ming culture. The octagonal platform is laid with glazed yellow tiles instlled with Kang heating systems. It is home to many ancient relics. Major highlights of the palace museum are Dazheng Hall, the Ten Princes' Pavilion, Golden Chimes, Phoenix Chamber and Qingning Pavilion. The Iimperial Jade seal and The Tiger-veined Double-Edged Sword are star attractions in the palace.

How to Reach Shenyang Imperial Palace

Love this? Explore the entire list of places to visit in Shenyang before you plan your trip.

Fancy a good night's sleep after a tiring day? Check out where to stay in Shenyang and book an accommodation of your choice.