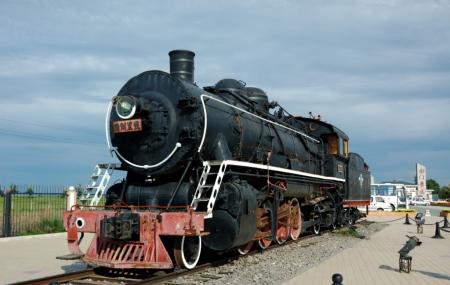 Built in the year 2002, the Shenyang Steam Locomotive Museum is located inside the Shenyang Botanical Garden. The museum houses few of the rarest locomotives to have ever chugged over rails. It consists of locomotive collection from nine countries that includes the likes of US, Germany, Japan, Czech, Poland, Romania, Britain, China and USSR.

The museum covers an area of over 11,000 square meters bearing the Neo-Chinese architecture. The half moon-shaped hall leads to the upper storeys with stairs on both sides. The garden area has exotic flower beds from Asiatic jungles and Himalayas. Most of the locomotives exhibited here were from the late 19th century and early 20th century.

How to Reach Steam Locomotive Museum

Love this? Explore the entire list of places to visit in Shenyang before you plan your trip.

Fancy a good night's sleep after a tiring day? Check out where to stay in Shenyang and book an accommodation of your choice.