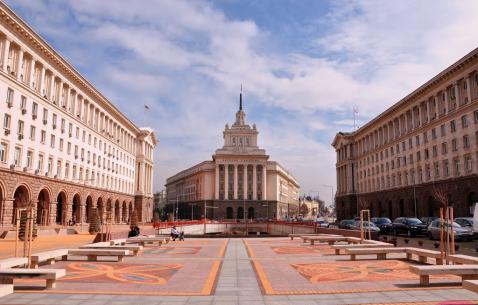 Picturesque grasslands, bustling ski resorts and a unique civic architecture is what Sofia greets its tourists with. Located at the foot of Vitosha Mountain, it is the capital of and the largest city in Bulgaria. With its well-developed and budget-friendly tourism, Sofia is said to be the most affordable city to visit in Europe.

Human settlements in Sofia trace back to 4th century BC. Originally called Serdica, Sofia was founded by the Roman emperor Trajan. In 809, it was annexed into the Bulgarian empire and was renamed as ‘Sredetz’. It was taken over by the Ottomans in 1382 who left a considerable impact on the town’s architecture and culture. After the fall of Ottoman Empire, Sofia was occupied by the Russian forces in the 19th century. In 1946, the city was made into the capital of People’s Republic of Bulgaria.

The itineraries of Sofia entice you with the finest galleries, edifices and museums in Bulgaria. Classic Ottoman mosques, Churches with onion-shaped domes and soviet-styled buildings encompass the majority of tourist attractions in the city. Further, Sofia is surrounded by a resorts, hiking trails and several other places to see in and around the Mt. Vitosha region.

As a biggest commercial and industrial centre of the country, Sofia is served by many companies; and is often the preferred destination for international conferences. So, most of the visitors fly down to the city on business purposes. Sofia is also home to a number of educational institutions, sport and entertainment centres.

Sofia takes pride in its exuberant nightlife, thanks to its lively bars and restaurants with affordable prices. Add Sofia to your trip planners and visit the city during your next holiday.

Essential travel information and Sofia tips for your visit

Plan Your Trip To Sofia

The best tours and activities in the city, guided by experts to give you a local insight to the best of Sofia