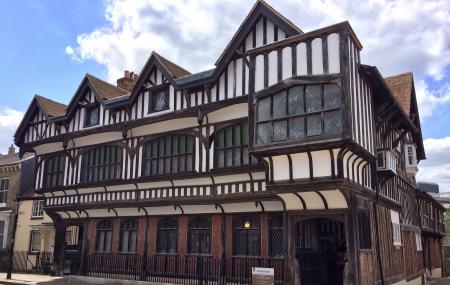 Almost a millennium old landmark which has gone through extensive amounts of change, The Tudor House is a Grade 1 listed building in old town. The earliest part of the building was built in 1180 and was a domestic dwelling. During the Tudor Period the house was a home for important members of Southampton society. It later became a merchant house and during the industrial revolution the area itself was one of Southampton worst slum areas. The house became a part of number of business like dyeworks, bookbinders, and bonnet makers. It was later purchased by William Sprangler a local philanthropist in 1886 and he later renovated it completely to turn it into a museum.

Due to increasing instability in its construction the house was closed from 2002 to 2011 and underwent extensive renovations. It opened in 2012 with the same price as it was during its first time which is 6 pence. The museum holds the records and posters from the olden times, has a dedicated library and reading space, a souvenir shop, a café, a conference room and a family room. It is also available for hire for weddings. Other than that it holds a number of interesting collections like glass panes, caskets, fairings, penny farthing and much more. The garden is designed with plants and herbs as it would have been during the Tudor period and is considered as an extension of the house.

How to Reach Tudor House And Garden

Love this? Explore the entire list of places to visit in Southampton before you plan your trip.

Fancy a good night's sleep after a tiring day? Check out where to stay in Southampton and book an accommodation of your choice.

93.36% of people prefer to travel by car while visiting Tudor House And Garden

People normally club together Medieval Merchant's House and Mayflower Theatre while planning their visit to Tudor House And Garden.