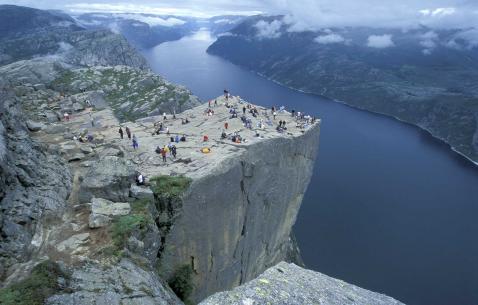 Stavanger, Norway is the third largest metropolitan area in Norway that was founded in 1125 with the building of the Stavanger cathedral. However, historians argue that traces of settlement go as far back as the 9th century.

For the longest time, its most important industries had been shipping, ship-building and fish canning until 1969 when oil was first discovered in the North Sea. That is when the city truly burgeoned into the economic powerhouse that it is today. It is now come to be called the “oil capital”.

Stavanger is an extremely popular tourist destination especially during the summer thanks to its mild and pleasant climate and its beautiful and spectacular fjords. This has made the Stavanger port one of Europe’s fastest growing ports for cruise ships. The city is historically and culturally rich and this shows in the boom of Stavanger tourism industry. It boasts of several museums including the famous Norwegian Petroleum Museum—the only museum of its kind in all of Europe.

Although it is one of the largest cities in Norway, Stavanger has managed to retain an inexplicable old world, small town charm. Old Stavanger, which is above the western shore of its harbour, with its wooden houses and narrow, cobblestoned streets will transport you back in time.

If you’re looking to visit a delightful city with the perfect balance of old and new, and some breath-taking views and wonders, Stavanger is a great destination.

Essential travel information and Stavanger tips for your visit

Plan Your Trip To Stavanger

The best tours and activities in the city, guided by experts to give you a local insight to the best of Stavanger