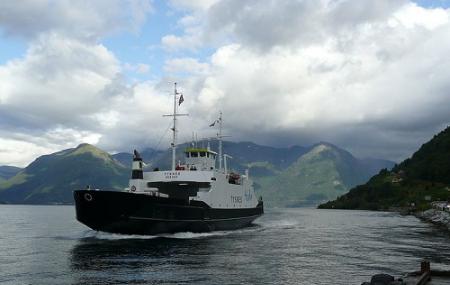 When you reach the county area of Ullensvang herad during your trip to Norway, you must try to visit Utne Noirge or Utne. Utne is an important village located in the Hordaland County. The beauty of the village is truly breath-taking. The combination of hilly surroundings and large waterbeds make the village a great composition for photography. You can visit the important places of this village such as the Utne church and Utne Hotel. The ferry service of Utne is also famous among the local people.

Personalize your visit to the city by chalking out a plan using Stavanger trip planner.

Oomph up your visit by adding the best hotels in Stavanger like Smarthotel Forus, Scandic Stavanger Park and Best Western Plus Victoria Hotel.

Find out how to reach Stavanger to begin with. Plenty of wholesome Stavanger vacation packages are available to choose from, pick your today!

How to Reach Utne Norge

Love this? Explore the entire list of places to visit in Stavanger before you plan your trip.

Fancy a good night's sleep after a tiring day? Check out where to stay in Stavanger and book an accommodation of your choice.

91.97% of people prefer to travel by car while visiting Utne Norge