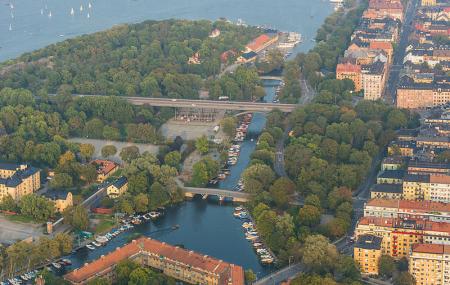 Until 1975, this forested island used to be a prison island. Today the prison complex has been turned into a hotel, restaurant and pub. And the rest of the island’s lands are an extremely popular place for straightforward outdoor activities such as hiking, picnics and swimming on the small beaches. The Malarvarvet on the island is one of Stockholm’s oldest shipyards. There is a small cafe museum. A very favorite spot for walks, picnics and swimming, this area looks extremely picturesque especially during autumn season.

Love this? Explore the entire list of places to visit in Stockholm before you plan your trip.

Fancy a good night's sleep after a tiring day? Check out where to stay in Stockholm and book an accommodation of your choice.

95% of people prefer to travel by car while visiting Langholmen