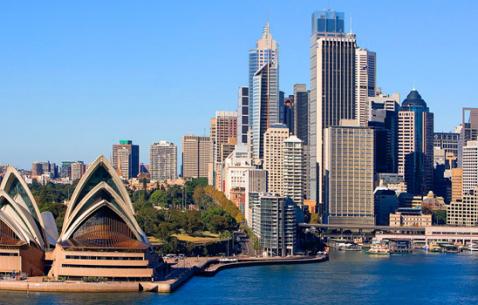 Popularly known as the Harbour city, Sydney is considered to be the most dazzling city in Oceania. The Sydney Harbour Bridge & Sydney Opera house is amongst the well known Sydney destinations that certainly don't need an introduction. Truly, there is a lot to see and do here. Plan a beautiful journey using Sydney trip planner whenther are going alone, or with your family.

Situated at the meeting place of sea and land, Sydney is also a surfer’s paradise. One of the best views of this city can be captured while you are sailing on its glittering harbour. Its from there that the city seems simply magical: the white sails of the Sydney Opera House gleaming in the sunshine, the splendid arch of the Harbour Bridge and ofcourse its beach life, one that has stolen the hearts of many. Behind all its modernity and development its hard to imagine that this gorgeous ensemble would have been once a brutal convict colony. In 1788, it was at Sydney Cove where Captain Arthur Phillip, commander of the First Fleet, established the first British colony in Australia.

As for its history, you can easily find the voices of history here in the narrow cobbled laneways and historic buildings of The Rocks, at the city's excellent museums, and the rock paintings of the Gadigal aboriginal people who once thrived on this land.

The city is also host of the huge and vibrant parades such as colourful Gay and Lesbian (LGBTQI) Pride, Mardi Gras Parade, which is actually a two week long festival of events taking place annually towards the end of February and going on till the beginning of March. Weather it is "The Rocks", the Harbour or the centre city, there are so many things to do in Sydney that you will always have something to look forward to. Active, lively and vibrant this city is safe to add to just about any travel bucket list. Each one of you should visit Sydney at least once and experience all that it has to offer considering the best time to visit Sydney.

Essential travel information and Sydney tips for your visit

Plan Your Trip To Sydney

The best tours and activities in the city, guided by experts to give you a local insight to the best of Sydney