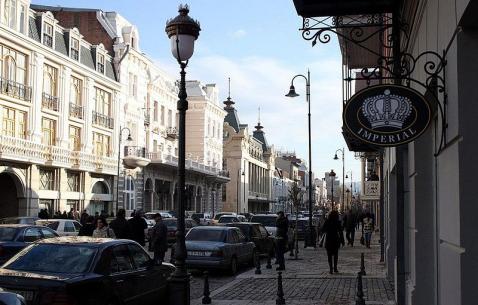 Perched on the banks of the Kura River, Tbilisi is the capital and the largest city of Georgia. The city is surrounded by mountains all around and is home to plenty of hot springs. Founded in the 5th century AD, Tbilisi has a rich history that is rooted deep into the lives of the people. Being located at the crossroads of Europe and Asia, Tbilisi is an interesting mix of the Western and the Asian culture. From Zoroastrian temples to Armenian & Roman Catholic churches to Mosques to Synagogues, Tbilisi is an amalgamation of different religions, different cultures, and different ethnicities. Fascinated by the variety and the richness, plenty of tourists visit Tbilisi and the city is slowly becoming one of the most favorite destinations.

Dramatically set, the city of Tbilisi is vibrant and possesses an eternal charm that is catchy and compels people to stay for longer. Given the proximity of Tbilisi from the eastern and the western cities, Tbilisi acts as an important transit route helping traders and international businesses to function properly without any setbacks. And the prime location of Tbilisi is also the reason for the place to be occupied by different empires during different times of the history. This is truly reflected in the architecture of the city which is a combination of medieval, art nouveau, neoclassical, Middle Eastern, and modernist style.

Although Tbilisi has undergone drastic transformations over the years, the old, Gregorian style of atmosphere still exists, thanks to the cobbled streets, picturesque views, and live arts & culture scene. Visit this hidden gem of a city, set in the heart of the world and soak yourself in the fascinating Gregorian architecture.

Essential travel information and Tbilisi tips for your visit

Tipping: There is no tipping culture in Tbilisi and it is not mandatory too. But if you are interested in tipping, you can.

Tourist Traps: Be wary while riding in a private taxi. The drivers may charge you extra. It is advisable to negotiate before starting on with your ride.

Plan Your Trip To Tbilisi

The best tours and activities in the city, guided by experts to give you a local insight to the best of Tbilisi