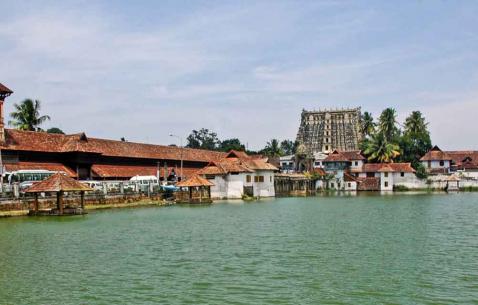 Lush greenery all year round, trinkets of streams which adorn the mountains during rains, rich, historic palaces and temples, and a fresh ease with which the city merges into its urban avatar is Trivandrum’s salient features and anyone who visits, leaves wanting for more.

The core of Trivandrum or Thiruvananthapuram is not for the luxury traveler. If you want to see the rustic beauty of the city, you will find it in its temples, churches, ever-winding roads which take you back in a time-warp, while the constant greenery reminds you that you are indeed in God’s own Country.

Trivandrum is the capital of Kerala and does have an urban pulse with its Techno Park and Science research centers and even though the city embraces technology, it has horned its skills, to keep the heritage alive and breathing in modern times.

The city is one of the oldest in India. The popular historic evidences, however, date back to 14th century under the rule of Venad Dynasty who made the city a major trade center. The 17th century Venad King - Maharaja Marthanada Varma, highlighted the city of Keralaon the world map and dedicated his entire kingdom to Lord Padmanabhan. The Padmanabhaswamy Temple which resides in the city is still a major tourist attraction and is the richest Hindu temple in the world.

Its rich history has framed Trivandrum into a traveler’s ‘dream come true’ and boosted its tourism- offering a heady mix of culture, religion, history, architecture, nature and hospitality.

Essential travel information and Trivandrum tips for your visit

Plan Your Trip To trivandrum

The best tours and activities in the city, guided by experts to give you a local insight to the best of Trivandrum