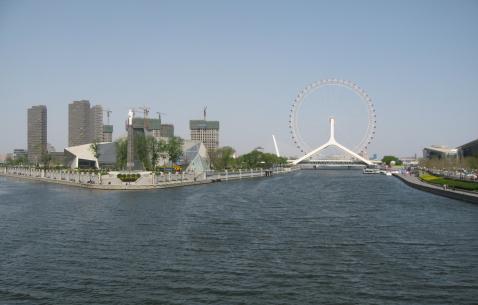 One of the five national central metropolises in China, Tianjin is a city in the North of China and is one among the four direct controlled municipalities. Situated close to the country’s capital, Tianjin serves as a significant water gateway to Beijing. It is also a renowned transportation hub and a home to the largest artificial sea harbour in the country. Over the years, the city has been on the trip planners of thousands of tourists, owing to its remarkable historical heritage.

The region where Tianjin now exists has traces of human inhabitation from a very long time. After the Grand Canal’s opening in the 15th century, a fort was constructed in the area. It was made into a prefecture under the reign of the Qing dynasty and was later promoted into an urban prefecture. Over the years, especially from the second half of the 19th century, Tianjin was divided by nine countries including Italy, Germany, Russia, Great Britain, Austria, France, Japan and Belgium, whose strong influences still remain in the city.

The itineraries of Tianjin can be quite distinguished from the other Chinese regions, because of its European impact in both the culture and historical aspects. The sightseeing places in the city include a number of charming cityscapes inspired by various styles of European architecture placed along with the traditional Chinese monoliths.

The city’s tourism also involves many natural scenes and the evidences of historical aspects that meet your eye, while exploring this highly-diversified city. You wouldn’t be surprised to find tourists of various European and Oriental ethnicities fidgeting with their maps to locate the important places to visit in the city or buying souvenirs from one of those shops at the old cultural centre.

You wouldn’t be disappointed for adding Tianjin to your vacation planners, as the city has a lot to offer. You can tour around the city’s rare architectural possessions, shop for the antiques and other stuff at the ancient cultural street or just head down to the Nanshi food street and devour the authentic local snacks.

Plan Your Trip To Tianjin

The best tours and activities in the city, guided by experts to give you a local insight to the best of Tianjin