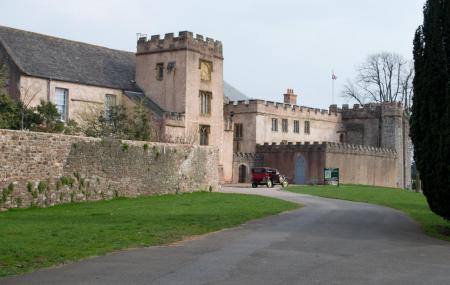 It is a historic building and art gallery located in Torquay, Devon which lies in the South West of England. It was founded in 1196 as a monastery for Premonstratensian canons and is now recognized as the best preserved medieval monasteries of Devon and Cornwall. Along with the medieval and Gregorian rooms, this building is widely known for the formal gardens, the third largest art collection in the country of Devon and regular shows by contemporary artists as well.

Since its foundation, this building has witnessed, went through and even taken part in some memorable historic moments but one thing that still remains constant is the hospitality provided to its guests.

Long back in the 12th century, six premonstratensian canons from the Nottinghamshire founded Torrey Abbey when, the manor of Torre gave them land. By the 16th century the Torre’s income made it the richest of all the premonstratensian houses of England. After a succession of various owners the house was finally acquired by the Cary family and was possessed by them for almost 300 years but after that due to worldwide economic crisis it was sold off to Torquay Borough Council and since then it has been kept as an art gallery.

The main Abbey comprises of two buildings. Though the church is just a little better than a ruin, the western and southern sides of the walkway are still standing. Around 1740 the building underwent extensive remodeling and reconstruction that is mostly intact today.

In all its roles- as an abbey, a family home, an art gallery and attraction, eight centuries of history has been absorbed into the walls of the building which is divided into 122 rooms sprawling over 20 levels with around 265 steps.

It all contributes to a fascinating experience for a visitor who can step inside and get an insight into how life was in the 12th century following the rule of St. Augustine.

How to Reach Torre Abbey

Love this? Explore the entire list of places to visit in Torquay before you plan your trip.

Fancy a good night's sleep after a tiring day? Check out where to stay in Torquay and book an accommodation of your choice.

People normally club together Exeter Catacombs and Haldon Belvedere while planning their visit to Torre Abbey.