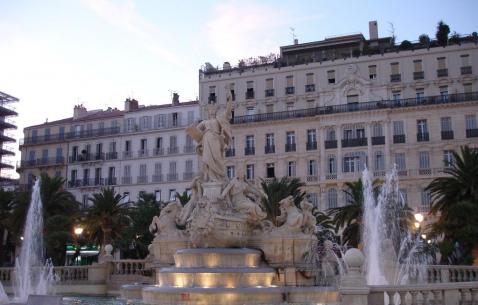 Located in the Southern part of the country, in the western French Riviera, Toulon, France is a medium-sized city and a huge military base on the Mediterranean. It is a home to more than 559,421 inhabitants.

The history of Toulon traces back to the Palaeolithic era. It is also said to be a Greek Colony in the 7th Century BC. It was later Christianized in the 5th century. In the late 1400s, when Provence became a part of France, a royal port was built. It helped in successfully resisting many sieges during the 15-18th centuries, though there were a few annexations. After the destruction of port and parts of the city during the world wars, the city regained its glory by 1974.

The old town of Toulon is historic with beautiful boulevards and ancient cathedrals. Though it was mostly in ruins, the government restored many fountains and monuments to attract tourists. The town is renowned for its harbour and arsenal, fountains, old architectural sites and fortifications that serve as a focal point for thousands of visitors every year.

From when to visit to where to stay to what to see, here is all the information you will require for your Toulon travel itinerary.

Essential travel information and Toulon tips for your visit

Plan Your Trip To toulon

The best tours and activities in the city, guided by experts to give you a local insight to the best of Toulon