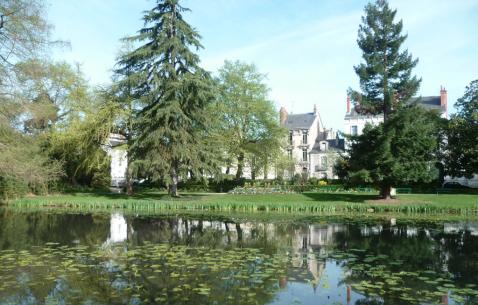 Considered one of the important cities of France, Tours is situated along the banks of the river Loire, between Orléans and coast of the Atlantic. Largest city in the center of France, it is widely famous for wine and is a home to more than 138,268 people.

Here’s information your Tours travel guide might not tell you. Known as the Turonensis, during the Roman period, the name of the city has Gallic origins. Tours became the metropolis of Lugdunum during 380-388. Gregory of Tours, in 6th century made history by restoring an old cathedral in Tours. In the middle of 8th century, in 732, Abdul Rahman Al Ghafiqi entered the city with troops of Muslim men and was defeated by Charles Martel and his infantry in the ‘Battle of Tours; for which it is widely known. In the 20th century, Tours became politically strong, saw the birth of French Communist Party and extended its boundaries.

Although much of the city remains modern, Tours is known for its age-old medieval architecture made of timber. The Roman ruins, a magnificent 12th century cathedral and a land that is known for its wines, is what attracts numerous people to this ancient turned modern city. Plan your Tours itinerary soon and enjoy the best of France tourism.

Essential travel information and Tours tips for your visit

Plan Your Trip To Tours

The best tours and activities in the city, guided by experts to give you a local insight to the best of Tours