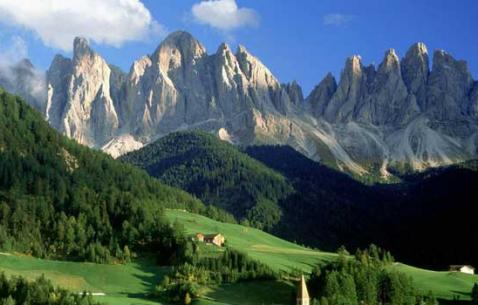 Trento [ˈtrɛnto] or [ˈtrento] (anglicized as Trent; local dialects: Trènt; German: Trient) is a city located in the Adige River valley in Trentino-Alto Adige/Südtirol in Italy. It is the capital of Trentino. In the 16th century, the city was the location of the Council of Trent. Formerly part of Austria, it was annexed by Italy in 1919. Trento is an educational, scientific, financial and political centre in Trentino-Alto Adige/Südtirol, in Tyrol and Northern Italy in general. The University of Trento ranks highly out of Italy's top 30 colleges, coming 1st in the Italian Ministry of Education, Universities and Research ranking, 2nd according to Census ranking and 5th in the Il Sole 24 Ore ranking of Italian universities. The city contains a picturesque Medieval and Renaissance historic centre, with ancient buildings such as Trento Cathedral and the Castello del Buonconsiglio. Together with other Alpine towns Trento engages in the Alpine Town of the Year Association for the implementation of the Alpine Convention to achieve sustainable development in the Alpine Arc. Trento was awarded Alpine Town of the Year 2004. Modern-day Trento is a cosmopolitan city, with highly developed and organized modern social services. The city often ranks extremely highly out of all 103 Italian cities for quality of life, standard of living, and business and job opportunities, coming 1st, 6th and 2nd respectively. Trento is also one of the nation's wealthiest and most prosperous, with its province being one of the richest in Italy, although poorer than its neighbors Lombardy and South Tyrol, with a GDP per capita of €31,200 and a GDP (nominal) of €16.563 billion.

Find the best activities, restaurants and things to do in , . Explore travel guide before you plan your trip here. Tour packages of are of 1 to 2 days duration.

Plan Your Trip To Trento

The best tours and activities in the city, guided by experts to give you a local insight to the best of Trento