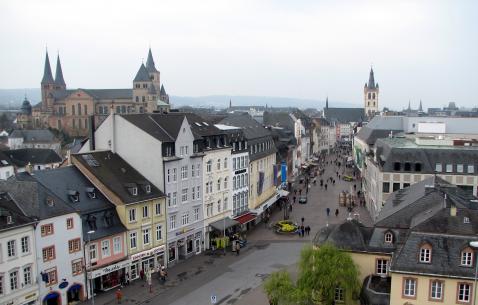 Endowed with Roman heritage which has earned this city the title of “second Rome”, Trier is populated with Roman ruins, buildings, cathedrals and towers. Its World-class architectural monuments – many of which have had UNESCO World Heritage status since 1986 – unravel the city’s Roman and Gallic past with full vigour. This 2000 old city was founded as Augusta Treverorum in 16 BC during the reign of the Roman emperor Augustus Caesar. Following its glorious past, Trier has suffered the ravages of Napoleonic and later the World Wars. Located in the German state of Rhineland-Palatinate (Rheinland-Pfalz), the city has also served as a significant base for trade and commerce in past. Trier shares its borders with Luxemburg which makes it an ideal place to explore the beautiful Mosel area.

The city has also been the birthplace of Karl Marx, the famous theorist on Communism. With a history that has seen the violent expulsion of Jews from the country, the city outshines for having given birth to this famous Jewish theorist. Surrounded by romantic river valleys, picturesque vineyards, half-timbered houses, historical towns and castles, there are certainly numerous reasons for which the travelers should make a stay in Trier during their trip to Germany.

Today Trier is an important University town which accommodates young crowd from Germany and abroad. Against the backdrop of Roman history and German culture, the city thrives with a lively nightlife and interesting Franco-German cuisine. Each one of you should visit Trier at least once and experience all that it has to offer considering the best time to visit Trier.

Essential travel information and Trier tips for your visit

Plan Your Trip To trier

The best tours and activities in the city, guided by experts to give you a local insight to the best of Trier