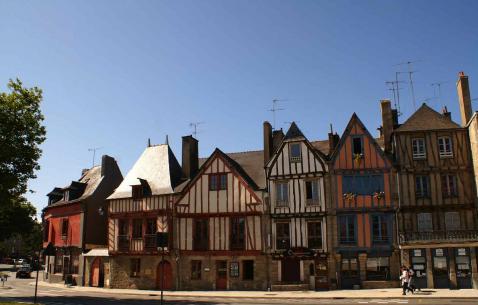 A walled town in the port of Morbihan Gulf, Vannes is a commune in Brittany, France, renowned for its prosperity in art and culture. The city is beautiful with its magnificent sea harbour, prosperous agricultural lands and picturesque terrains.

Vannes was founded in 56 BC by the Romans, when Julius Caesar’s armies conquered Brittany. The city became a suburb after the fall of Roman Empire. Vannes saw an architectural development in the late 17th century. Urbanization settled into the city in the 19th century and the town suffered a little during the World War II.

The tourism of Vannes involves deep appreciation of its nature. The city has a rich natural preserve perfectly blended with ancient streets and a serene harbour-side. It also has highly treasured museums, cathedrals, old quarters and the gulf area. Wonderful parks, colourful butterfly gardens and greenery everywhere in your sight is what makes Vannes the best place to visit in Brittany.

Besides sightseeing in the medieval city, you can also include the tour of the surrounding Vannes Meucon Air field and the islands in Gulf of Morhiban in your Vacation planner.

To enjoy Vannes at its best on a lousy day, spend your time walking around the green boulevards, or slurp a Cuba Libre along with the famous French cheeses while relaxing on the sea-side resort.

Essential travel information and Vannes tips for your visit