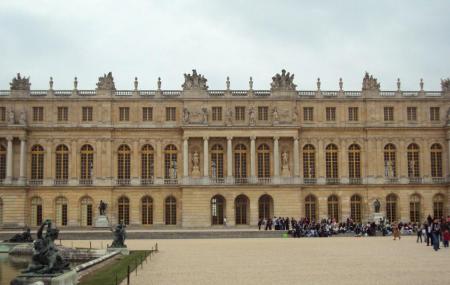 The palace underwent major four building campaigns, and each one added to its features extensively. The last one built the Royal Chapel. After that, was constructed the Salon d’Hercule and the Royal Opera. When Louis XIV was arrested in 1791, the palace was sealed shut and the furniture sold off. Over the years, the palace degraded. But when Napoleon came into power, he once again restored the palace and its grounds. In the late 19th century, curator Nolhac made efforts and restored the palace to its pre-Revolution look. The palace is today touted as one of Europe’s greatest tourist attractions, yet still serves state function: heads of state meet at Hall of Mirrors, as do the Senate and the Assemblee Nationale.

Also, across the courtyard from the palace, you’ll be able to access the Royal Stables where for some time now, the Academy of Equestrian Arts has been kicking butt with their incredibly stylized horse choreography. You can see this on Saturdays at 1800 and Sundays at 1500.

In the 19th century, Louis Philippe decided to turn Versailles Palace into a store of French history. As such the day it’s one of the largest museums on French history in the word.

How to Reach Chateau De Versailles

Love this? Explore the entire list of places to visit in Versailles before you plan your trip.

Fancy a good night's sleep after a tiring day? Check out where to stay in Versailles and book an accommodation of your choice.

54.61% of people prefer to travel by car while visiting Chateau De Versailles

People normally club together The Grand Trianon and Eglise Notre Dame while planning their visit to Chateau De Versailles.