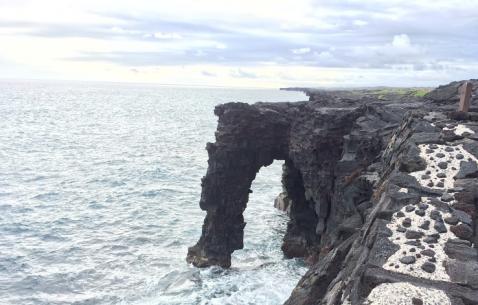 Hawaiian Volcanoes is a group of islands which is based on the largest tectonic plates on earth. This place consists of two of the major 5 Hawaiian volcanoes and almost all attractions here are related to these. It has a great national park which is not only a world heritage site but was also featured on the 14th quarter of America’s Beautiful Quarters. It is also now an International Bio-reserve heritage.

Similar to the volcanoes, people here are also quite warm. As it is a place that is not often frequented by tourists, people here are quite welcoming. The Mauna Loa Observatory Center is another thing set up to analyze the working of volcanoes and to observe the volcano. Ever since the setting up of this city in the late 1800s, it has time and again proved itself to be a perfect zone to witness and analyze volcanic activity.

Even in the early 1900s, when an earthquake had killed thousands of people in Italy, the resident of Volcanoes- Mr Thomas. A. Jaggar decided to analyze and set up a place to study volcanic and seismic activity. With funding rounds one after the other, it was established as one of the best places to get an overview of how volcanic activities actually work. Today, it is known as Thomas A Jaggar Museum and it is a part of the Hawaii Volcanoes National Park.

The National Park does not have only hot lava to offer to you. One of the volcanoes here last erupted in the year 1984 but is the largest active volcano on earth. Yes we are talking of the Mauna Loa volcano. The other one- Kilauea is an active volcano and becomes active every year. Apart from this, you are also sure to find a lot of galleries, gardens inspired by volcanoes here. It is safe to say that the main livelihood of people here is and revolves around volcanoes- justifying the name of the city!

Essential travel information and Volcano tips for your visit

Plan Your Trip To Volcano

The best tours and activities in the city, guided by experts to give you a local insight to the best of Volcano