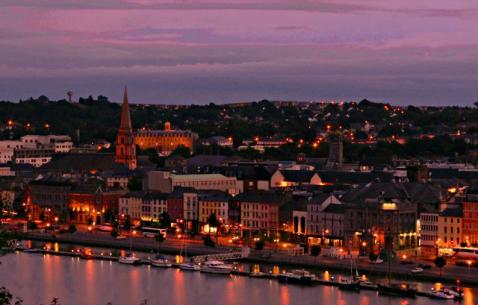 The city of Waterford is as well known to some as it is unknown to others. Few people know that this is the oldest city in Ireland and has a millennium old history associated with it. Its origins can be traced back to a Viking settlement back in 853 when they built a small settlement, and later on a full city. From there it kept changing hands between the Vikings, local Irish and English royalty.

The last vestiges of those by-gone eras can still be found spread out over the city like guarding sentinels which never leave their positions. The Viking Triangle is one fine example. It is an area in Waterford which was surrounded by 1000-year-old Viking walls and has most of the iconic buildings of the time like the Reginald’s Tower (oldest urban civic building in Ireland) and Bishop’s Palace Museum.

Thanks to the economic boom of the 18th century, Waterford became quite prosperous and most of the beautiful architecture viewed today came up in that period. The most notable feature of the city is the world famous Waterford Crystal. One can go to the factory and observe the artisans hard at work in there. The city’s motto ‘’Waterford remains the untaken city’’ came because it withstood quite a few sieges over its illustrious history.

The beauty about Waterford is that though it is in Ireland, it doesn’t have the typical Irish weather and one doesn’t need to be constantly afraid of the heavens splitting open and drenching everyone in sight. On the other hand, it receives quite a lot of sunshine, and the weather is usually very pleasant and perfect for a lazy stroll, a peaceful trek or just some jolly good fishing. Take your pick, as any choice is going to delight you anyways.

Essential travel information and Waterford tips for your visit

Plan Your Trip To Waterford

The best tours and activities in the city, guided by experts to give you a local insight to the best of Waterford