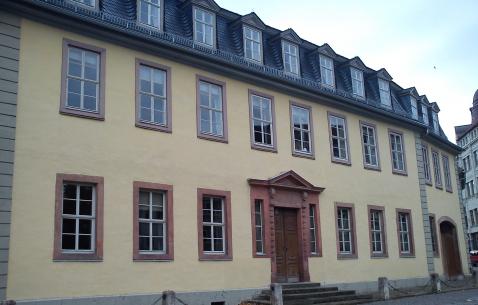 A city in the Federal state of Thuringia, Weimar is the epicentre of German Enlightenment. After all, it is a place where high intellectuals like Schiller, Goethe, Bach, Nietzsche, Feininger, Kandinsky and many others spent their lives at some point of time. The town is melancholic, sophisticated and culturally enriched. This would be perfect on the travel planners of those who seek scholarly pleasure with the right blend of art and culture.

The earliest records of Weimar traced back to 899 and it had changed in names over the years. It was after Battle of Leipzig, the town became a part of the Ernestine branch’s electorate. The years 1738-1832 were denoted as the Golden age for Weimar due to its radical development in the fields of art, culture and academics. Post World War I, it became Germany’s first democratic constitution, known as Weimar republic. Since 1945, Weimar began concentrating on the tourism development and now, it serves as a most important revenue source for the city’s economy.

Although the city has medieval roots, there are not many medieval architectural sites, given most of them were destroyed during the attacks throughout the history. But the city is filled with a number of museums that exhibits the lifestyles and works of the scholars who once lived here.

Weimar also houses a number of constructions that possess immaculate architecture. They include baroque style Cathedrals and Basilicas, early-modern style Castles and Palaces. Every sightseeing place in this town will leave you enthralled by its Splendour. Hence, the city is listed as a UNESCO world heritage site.

The town is always in high spirits celebrating various events round the year. So anytime you plan your trip to Weimar, you wouldn’t be disappointed. While you enjoy the intellectual excellence of the city, plenty of rustic cafes, restaurants and bars come to your rescue and refresh you with their German delicacies.

Essential travel information and Weimar tips for your visit