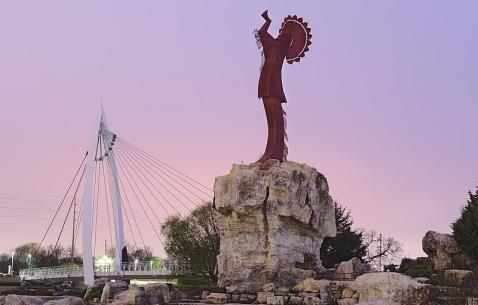 Nestled in South-Central Kansas, Wichita is the largest city located in the U.S. state of Kansas. The city began in the 1860s as a trading post and the 1870s saw it being incorporated into a city. Wichita has earned the nickname “Cowtown” as the city became a prominent location for cattle drives traveling from Texas to Kansas railroads. The 1920’s and 1930’s saw the city becoming the center for aircraft manufacturing, giving it the title of “The Air Capital of the World”.

Apart from being the cultural center for Kansas, Wichita also draws popular music acts from around the world and hosts numerous festivals and events throughout the year, making this city a bubbling, busting, and happening place to be at. Landmarks, historic sites, galleries, and museums are located across the city dedicated to science, culture, and local history. Many of these attractions are located along the Arkansas river promising scenic vistas along with an insightful experience. Themed gardens, zoos, sports venues, and shopping malls ensure a complete package of fun and entertainment as a part of tourism in Wichita.

With a mixture of farmlands, rolling hills, parks, and lakes, this vivid city is a must-visit. The several events hosted in the city every year attract a huge flock of tourists and features many events, parades, plays, cultural activities, musical entertainment, sports events, river events, flea market, food courts, fireworks, traveling exhibits and a lot more, promising a cheerful time for people of all interest groups. With so much to do and see, this city is a complete package that every traveler should explore.

Essential travel information and Wichita tips for your visit