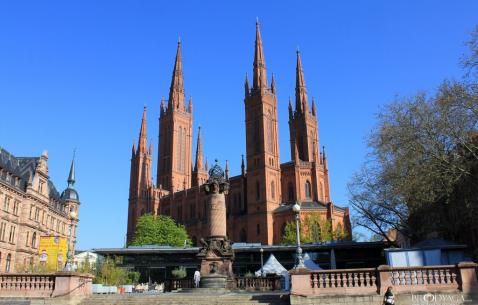 If you love your holidays to include a soothing bath in fortifying, natural hot springs and a drive down roads which embrace a vineyard as their own, then Wiesbaden is sure to make your next trip count.

The Spa capital of Germany, Wiesbaden is known for its natural Hot springs – 14 of which still stay active. Tourists from all over the world visit Wiesbaden to experience a beautiful weather and relax in the hot springs as they take in the many facets that the city offers. Capital of Hesse, Wiesbaden is located on the northern bank of the Rhine river. Due to its blissful weather, the west and east extremities of the city is known for its beautiful vineyards while the central city is an urban dream come true!

Wiesbaden has a rich history dating back to the Neolithic area. The Roman influences that date back to 6 AD and records which mention their rule in 121 AD in Germany are surely rare. But what truly stands out in the city is the history of its local tribes like the Alamanni who shook hands with the Romans to protect the city against other Germanic tribes. The 8th century marked the capture of the city by the Frankish Kingdom followed by many rulers over centuries, including Napoleon in the 1800s, who was deemed as the city’s protectors.A witness to the World War II and the Cold War, today the city embraces its intense history and maintains its stories within its monuments, streets and legacy.

In the 19th century, Wiesbaden was a hotspot for millionaires due to its exotic hot springs and soon it became a hub for gambling- marking its presence till today as a ‘Casino Capital’ in Germany.

Today, tourism in Wiesbaden has flourished like never before. Visitors from all over the world love the confluence of history and urban life that breathes in the city everyday.

Essential travel information and Wiesbaden tips for your visit